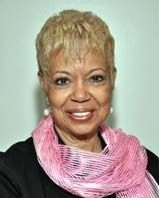 In November, 2013 Cynthia Terry received the Long Beach Press Telegram's "Amazing Woman Lifetime Achievement Award." This was the first time that this award was presented.  Cynthia is a member of the Theta Alpha Omega Chapter in Long Beach, California.  Her mother, Ruby Terry was a Charter Member of the chapter.   Ms. Terry worked for 38 years in the Long Beach Unified School District as a teacher and principal, including at Naples Elementary, Hamilton Middle School and Cabrillo High School. She retired from LBUSD in 2009, but she continues doing consultant work for several area school districts.  When she served as principal, her success was evident in the increase in test scores and college bound students.  Her under-pinning of leadership philosophy is that really good teaching is “just giving access and opportunity, opening up one’s mind to potential and then going beyond what you are capable of.”